3 Faculty of Sciences and Advanced Technologies in Biology, University of Science and Culture, Tehran, Iran

Objective: Estrogen, a female hormone maintaining several critical functions in women's physiology, e.g., folliculogenesis and fertility, is predominantly produced by ovarian granulosa cells where aromatase enzyme converts androgen to estrogen. The principal enzyme responsible for this catalytic reaction is encoded by the CYP19A1 gene, with a long  regulatory region. Abnormalities in this process cause metabolic disorders in women, one of the most common of which
is polycystic ovary syndrome (PCOS). The main purpose of this research was to determine the effect of the promoters
on aromatase expression in cells with normal and PCOS characteristics.
Materials and Methods: In this experimental study, four promoters of the CYP19A1 gene, including PII, I.3, I.4, and PII/ I .3 promoter fragments, were cloned upstream of the luciferase gene and transfected into normal and PCOS granulosa cells. Subsequently, the effect of follicle-stimulating hormone (FSH) on the activity of these regulatory regions was examined in the presence and absence of FSH. Western blotting was used to confirm aromatase expression in all groups. Data analysis was performed using ANOVA and paired sample t test, compared by post-hoc least significant difference (LSD) test.
Results: Luciferase results confirmed the intense activity of PII promoter in the presence of FSH. Moreover, the study
demonstrated reduced activity of PII promoter in normal granulosa cells, possibly due to the regulatory region of I.3 next to PII.
Conclusion: FSH stimulates transcription of aromatase enzyme by affecting PII promoter, a process regulated by the
inhibitory role of the I.3 region in PII activity in granulosa cells. Given the distinct role of these promoters in normal and
PCOS granulosa cells, the importance of nuclear factors residing in these regions can be discerned. 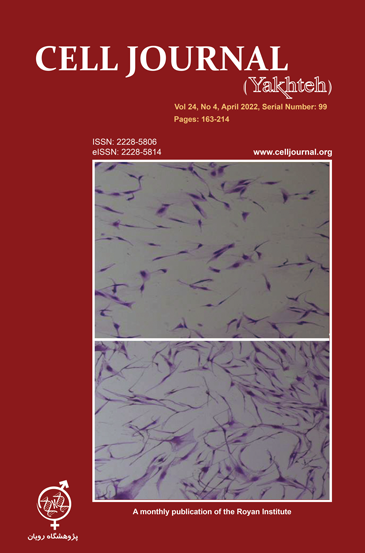