Objective
Ex vivo expansion is a promising strategy to overcome the low number of human umbilical cord blood hematopoietic stem cells (hUCB-HSCs). Although based on the obtained results in unnatural physiological condition of irradiated genetically immune-deficient mouse models, there has always been concern that the expanded cells have less engraftment potential. The purpose of this study was to investigate effect of common ex vivo expansion method on engraftment potential of hUCB-mononuclear cells (MNCs), using normal fetal mouse, as a model with more similarity to human physiological conditions. Materials and Methods: In this experimental study, briefly, isolated hUCB-MNCs were cultured in common expansion medium containing stem cell factor, Flt3 ligand and thrombopoietin. The unexpanded and expanded cells were transplanted to the fetal mice on gestational days of 11.5-13.5. After administration of human hematopoiesis growth factors (hHGFs), presence of human CD45+ cells, in the peripheral blood of recipients, was assessed at various time points after transplantation. Results: The expanded MNCs showed 32-fold increase in the expression of CD34+38- phenotype and about 3-fold higher clonogenic potential as compared to the uncultured cells. Four weeks after transplantation, 73% (19/26) of expanded-cell recipients and 35% (7/20) of unexpanded-cell recipients were found to be successfully engrafted with human CD45+ cells. The engraftment level of expanded MNCs was significantly (1.8-fold) higher than unexpanded cells. After hHGFs administration, the level was increased to 3.2, 3.8 and 2.6-fold at respectively 8, 12, and 16 weeks of post transplantation. The increased expression of CXCR4 protein in expanded MNCs is a likely explanation for the present findings. Conclusion: The presented data showed that expanded MNCs compared to unexpended cells are capable of more rapid and higher short-term engraftment in normal fetal mouse. It could also be suggested that in utero transplantation (IUT) of normal fetal mice could be an appropriate substitute for NOD/SCID mice in xenotransplantation studies. 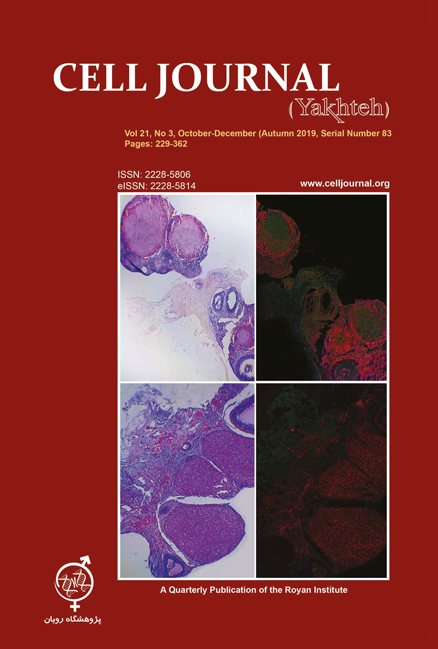